The third annual tournament UAFA CUP took place on the 27.6. 2015 – the last weekend of June. The event was attended by the most teams so far (23) from Trenčín, Bratislava, Žilina, Prague and Minsk. For us as organizers and from the feedback of participants, it was by far the most successful and most interesting year. The collective of Tribúny sú naše (The Stands are Ours!) would like to present this year’s tournament in this report.

The preparation of this year’s tournament started half a year in advance, in January 2015. After internal discussions in spring, we came to a conclusion that we need to expand the event. Therefore we set up a program, which would include not just a football tournament and musical production, but also other elements from fan culture.

UAFA CUP 2015 began on Friday evening (26.6.2015) with a get-together on the banks of the river Váh. The leaders of the informal and unorganized entertainment were the visitors from Prague along with the local fans. The Friday entertainment continued into the night, with the tournament starting the next day.

Visitors started pouring into the Trenčín stadion Na Sihoti (the home ground of AS Trenčín) from the early morning on Saturday 27.6. Officially 24 teams were registered – from Trenčín and the region, from Bratislava, Žilina, Prague, Otrokovice with two teams hailing, one mens and the other womens from Minsk and the fans of Partizan Minsk. One team from Bratislava, unfortunately had to cancel in the last moment.

The tournament took place on the main pitch of the stadium. The main stand was filled with not just the 161 registered players (23 teams of seven players) but also by many other visitors. Those who came could enjoy a large scale of vegan food, a kid’s corner with activities for kids and a trampoline and even face painting from Boďa Tattoo Trenčín. Internationally renowned drum-and-bass producer B-Complex along with the Bratislava Trio and veterans of the tournament The Ugly Selectors, were responsible for the musical production during the tournament. A fine mixture of electronic music, reggae, soul, ska and punk entertained the guest until the early morning, when the program moved to Club Lúč.

This year we prepared a varied and interesting evening program. The evening was opened by a presentation and discussion on the topics of the history of the Ultrá movement and on „What are politics on the stands“. The presentation covered the ultrá movement in Italy from its beginnings in the 60’s to the present day situation. The presentation was given by a long term member of Commando Ultrá and doctor fo history Dr. Sebastion Louis. The discussion was then followed by the next part of the program – screening of the short film Beverly. The movie follows the story of a rude girl from an ethnically mixed family, during the 80’s Britain. It follows the rise of the National front development of the far-right movement and it also presents the subcultures around 2-tons ska. The plot deals with the issue of identity of a young person growing up in those subcultures and centers on the topic of racism in society. The movie is based on the real story of a female ex-member of Leicester City casuals.

The movie screening was followed by one of the high points of UAFA CUP 2015. It was the discussion with the movies’ producer and the ex-leader of West Hams Inter City Firm, Cass Pennant. It was a long and thorough discussion which covered many topics – from the film itself, to Cass’s experiences with the ICF and his youth. We have to note that for it was a great pleasure and a wonderful experience to have two exceptional guess on one event, Seba and Cass, who gave UAFA CUP 2015 a whole new dimension.

The rest of the night was dedicated to music and entertainment. The concerts were started by the punk drum-and-bass band Ježišovi Pivo Nelej and the local chaotic punk Fyasco. They were followed by two acoustic acts, the first being Dáša fon Flaša and after him, traditionally, Oi Oi Piratoi. The party continued into the early morning hours thanks to Discoterror Sound System, blasting the worst of pop from the last three decades.

We believe that UAFA CUP 2015 was so far the most successful year. The tournament was attended by the most teams from the most countries and the biggest number of visitors came to the tournament. We had the most colorful program so far and the evening program was attended by more people than ever before. We even managed to light the most pyro, ‘cause you know, “No Pyro, No Party”. We could continue like this on and on. What is most important is that this year’s tournament was a success in many aspects and took place in a great atmosphere. What is more, this year benefit reached 1000€ and will be donated to the local NGO Trenčianske Labky, which provides care and shelter to stray, unwanted or even tortured animals in the Trenčín region.

Last, but certainly not least, we would like to thank all of those without whom there would be no UAFA Cup this year. Foremost its they gals and guys from the Trenčín fan scene – from Ultras Trenčín and Legia Laugarício – who directly supported the benefit with 350€ and helped us with so much with preparing and promoting the tournament. A big „Thank You“ goes out to you from us.

We would also like to thank the club AS Trenčín for allowing us to use their main pitch. We can’t forget the musical production that created a great atmosphere and our guest for the evening program. Mainly a big thank you to all those who attended the tournament and a special one to the visiting teams from Prague and Minsk.

Thanks you all for your support, energy and for coming.

See you next year! 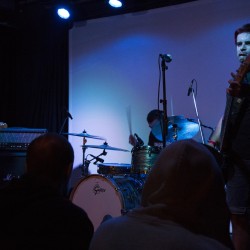 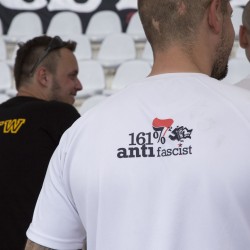 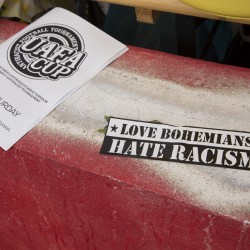 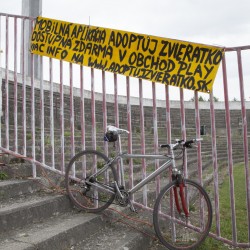 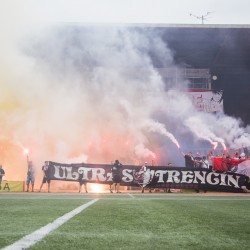 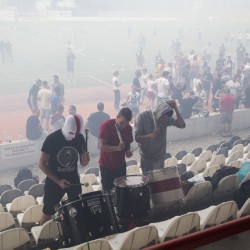 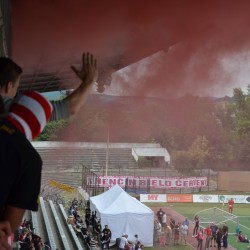 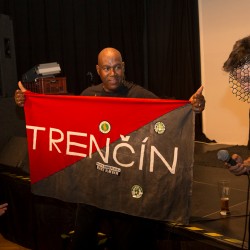 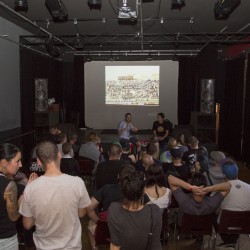 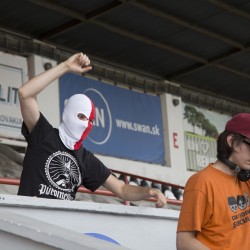 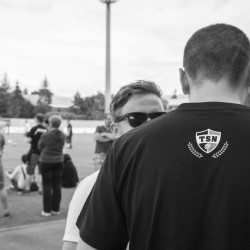 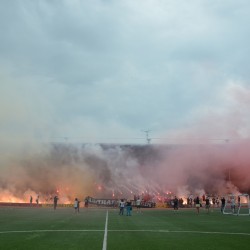 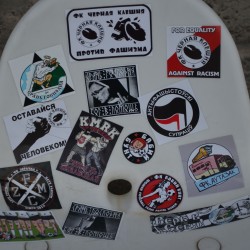 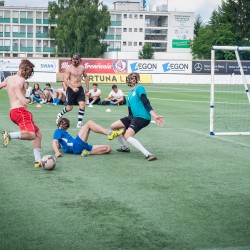 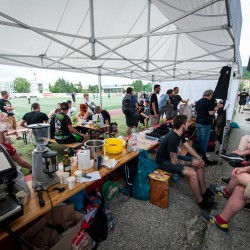 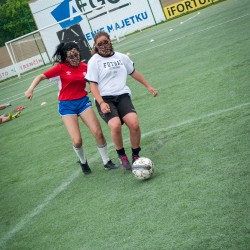 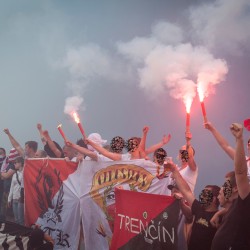 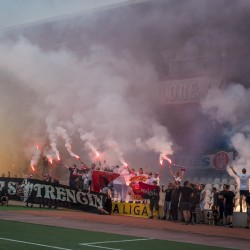 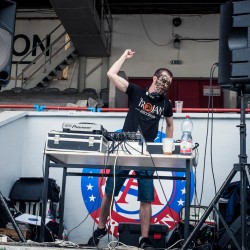 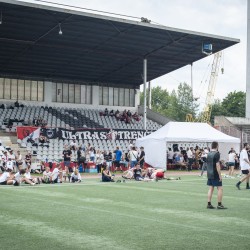 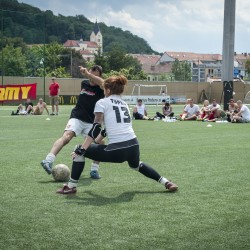 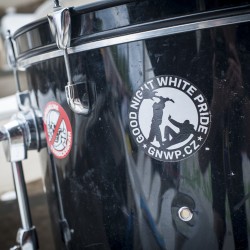 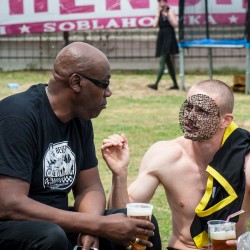 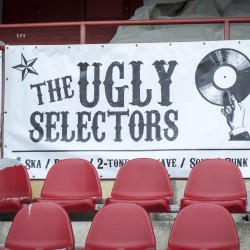 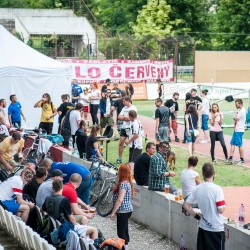 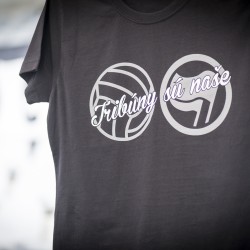 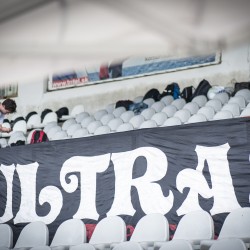 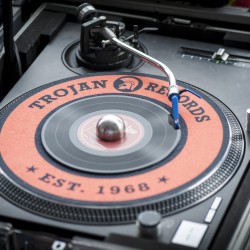